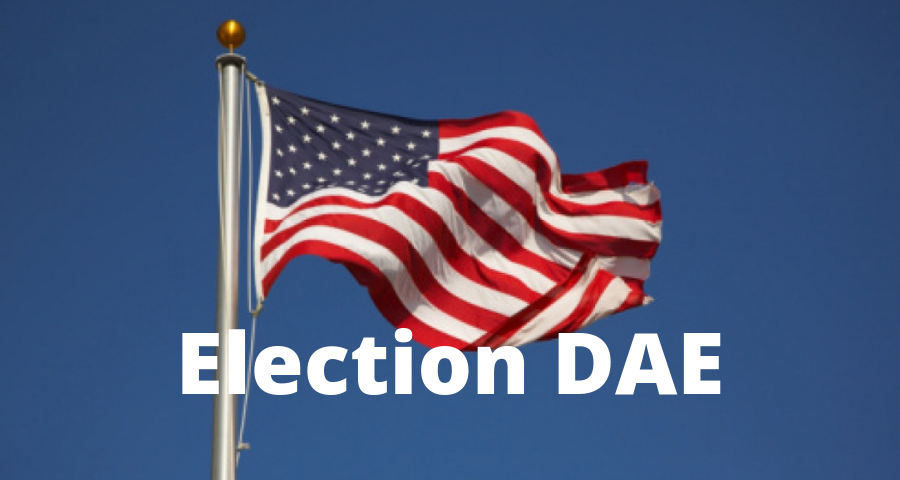 It’s election day Tuesday, Nov 6th. We hope that you “elect” to get out and vote. You count. Your vote matters.

Fundamentally, what you vote for are promises. Promises made by the candidates on how they will act if you vote for them. Candidates exchange promises for votes.

Which got us to thinking at DAE Group, what do we elect, what do we promise, how do we “vote” to be in the marketplace as Owner’s Representatives? Here are some of our thoughts:

We elect to bring positive experiences to the owners, architects, engineers and GCs that we work with by facilitating communication and helping to resolve issues as they arise.

We elect to keep our communication lines open and direct and transparent.

We elect to not burden the project teams with any unnecessary reporting and compliance issues. We elect to reduce the hurdles and documentation to only what is absolutely necessary.

We elect to bring a helpful, fresh look at situations as they arise in a spirit of finding the best solutions for our owner’s and team.

We elect to reduce the number of change orders by practicing superior planning and anticipation.

We elect to hire experienced, competent team leaders so as not to slow down or impede the work of the various teams on a project.

We elect to audit quality assurances and quality controls at any time.

We elect to steer the owners we represent through a process that brings them in on key decisions while not burdening them with every detail.

We elect to be involved as early as we can on projects so that inefficient and ineffective choices can be eliminated sooner rather than later.

We elect to define a tight scope of work for the role of Owner’s Rep because there is no common or agreed upon standard for what Owner’s Reps do and don’t do. So we elect to create a clear scope of services that define our duties, authority and limitations.

We elect to value engineer only when we maintain the integrity of the project.

We elect to read every word, cross every “t” and dot every “i” of every contract we are responsible for.

We elect to respect timelines and schedules and promises.

We elect to make sure projects comply with local codes, zoning and the highest construction standards.

We elect to be the pit bull only as a last resort.

We elect to never let an owner feel as if their project is stalled. Moving forwarding is critical.

We elect to not second-guess. We don’t guess, we require competent grounding for all decisions, and we work with professionals who know their stuff.

We elect to check our egos at the door and work with partners who have the same ability. Life is too short.

We elect to always be improving our risk-management practices and to work to maintain the highest industry standards for Owner’s Representation services.

What do you elect? We hope you elect to get out and vote.

Contact us today to receive your free consultation on owner’s representative services.

Thanks for subscribing! Please check your email for confirmation.

Thanks for subscribing. You should receive a confirmation email here shortly!